Weed is popularly associated with smoking. It’s what everyone tells you, including Uncle Snoop— smoke the weed every day, don’t smoke the seed no way— smoking is where most people begin.

Smoking has its share of pros and cons. I’m yet to meet a stoner who doesn’t love an instant high that you get when you hit a joint. Besides, passing the joint to your buddies is good for your social life and the weed culture.

Sharing is caring, and there is no better way to share weed than to puff, puff, pass it in a smoke session.

However, smoking has its side effects, and it is safer to get high without burdening your lungs with respiratory-irritating soot. In this article, we’ll tell Chance The Rapper that it doesn’t have to be a smoke break— you can have a weed break without sending smoke sensors whirring.

The Case Against Smoking Weed

Smoking weed is fun, no doubt, but it comes with a host of health complications. Without attacking the good herb and those who believe in its subtle, harmless nature, let’s put some reasoning into the equation. When you smoke weed, you take both the good and the bad. Smoke, for instance, doesn’t benefit you in any way— it’s a respiratory tract irritant— a villain, an enemy.

You Cant Smoke In Here No Smoking GIF from Youcantsmokeinhere GIFs

So even without scratching the surface, we already know that the lesser the smoke, the better. And if we can do away with it altogether, then why not?

According to a study, chronic smoking increases the chances of respiratory problems. When you become engrossed in smoking weed, you might suffer chest problems, wheezing, coughing, and chronic bronchitis, among other respiratory ailments.

Another study points to the evidence that chronic smoking of weed can cause lung cancer and other airway infections. Smoking also weakens the lung’s defense system, affecting its ability to eliminate dust and germs.

Health risks aside, smoking weed is also less discreet. You can’t light a joint in the train on your way to work, but you can much on edibles and get high on the low.

Smoking also leaves your house and clothes engulfed in weed stank. You can imagine craving that morning toke, but you can’t take it because you’re out of your freshener, and your boss might smell it on you.

Lest we forget, the stigma around smoking weed hasn’t died— people still smoke in the bathrooms, hiding their joint from curious eyes. Neither have the biases against weed smokers died (hey, I’m a stoner too), so another way to consume it without raising eyebrows can sheath you. 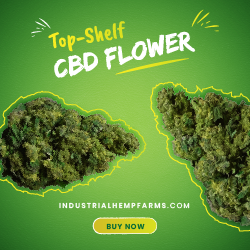 There are many ways you can smoke weed without blowing out smoke. Some methods will need different forms of cannabis— flower, concentrates, or oils.You will also need various devices to consume the weed through these ways. Here’s how to get high without smoking weed.

Vaping involves inhaling vapor from your weed. You can vape cannabis in oils using vaporizing devices that heat the weed to release the cannabinoids. If you vape, you get the smoke out of the equation— inhaling vapor doesn’t harm you as smoke does. It’s gentle on your lungs; thus, no harm.

Apart from oils, you can also vaporize the cannabis flower. You’ll still use all the essential cannabinoids, leaving behind a chunk of plant material as waste.

One important consideration before you begin vaping is the concentrate you’re using. Concentrates are more potent than the flower— some having THC content as high as 95%. Begin small, then increase the quantities you take when you have developed some tolerance for weed.

If you’d love amazing deals and discounts on vaping paraphernalia, our friends at 421store have daily offers that’ll save you some bucks.

The different cannabis concentrates taken by dabbing include resin, shatter, wax, and budder. These concentrates are highly potent, sometimes containing THC levels as high as 90%. As a beginner, learn the paraphernalia you’re using, and toss just a bit of the concentrate into the dab ring. You don’t want to bask in too much of the high vapor, even when you’re a seasoned stoner.

Weed can be infused into foods and drinks and consumed through the digestive system.

Weed edibles are diversifying as consumers try to be creative and unique. You can infuse weed into almost anything that calls for oil or butter.

When making edibles at home, you should be careful about dosage since the infusion can affect the edible’s taste and potency. However, it takes longer for the effects of edibles to kick in since the digestive process is slow. For this reason, you should give your dose time to metabolize fully before trying any more. Edibles have also been known to produce intense psychoactive effects that take longer to wear off.

There are any weed concentrates that can be added to food or drinks to be taken orally. They commonly come as capsules. These allow for precise dosing. It is an attractive option for those who use medicinal cannabis. The capsules can be swallowed or cut open and applied topically. The effect of weed takes time to kick is as is the case with edibles.

Tinctures are made by extracting cannabinoids and terpenes from the plant matter using alcohol. Unlike other concentrates where the final product is pure, the alcohol used in the extraction process is part of the ingredient and remains in the final product.

Depending on the cannabinoid you need, you can get CBD tincture, THC tincture, or one made from the combination of both. You can therefore have a CBD tincture and get all the medicinal benefits without imbibing THC.

Even when you decide to take the highly concentrated THC, you can do so safely because tinctures allow for precise dosing. Tinctures allow you to use the drops— you can have a drop until you reach your desired high. Unlike edibles that take longer to hit, tinctures hit instantly when taken sublingually— you don’t risk taking more as you wait for the effects to kick in.

Transdermal patches are applied on a clean, dry, unbruised skin. They deliver the cannabinoids through the skin into the bloodstream, producing a longer-lasting effect. And you can find transdermal patches for both THC and CBD.

There exist cannabis gels, balms, lotions, and salves that can be applied directly to the skin. These are typically used to treat pain, muscle aches, soreness, and inflammation. Topical creams containing THC can significantly be beneficial to those with dry skin or eczema. They do not have psychoactive effects and are therefore suitable for those who want to skip the euphoric high that comes with using weed.

There’s more than one way to enjoy weed. Tinctures, dabbing, or munching edibles, you can get high without burdening your lungs and being at risk of all the health complications smoke begets.